hippie killer- karma will get you 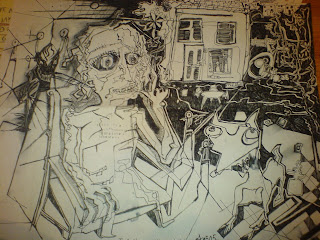 man playing chess, the dog with the fez on his head is trying to tell him about the aliens behind him, but he's too involved with the chess 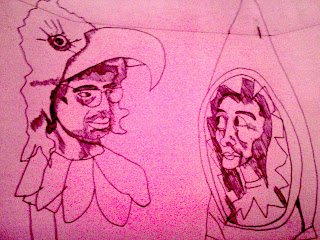 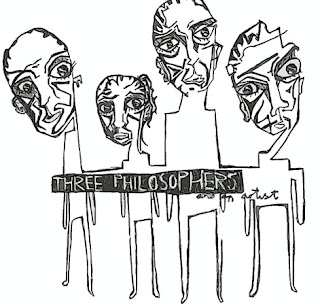 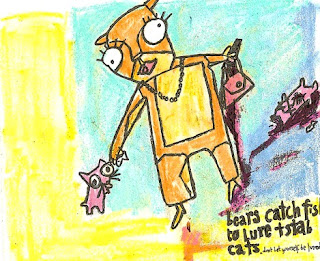 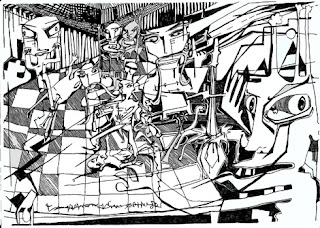 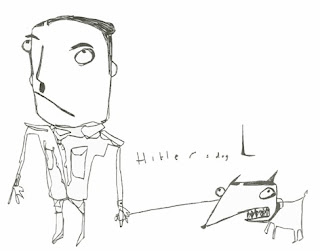 hitler and his dog 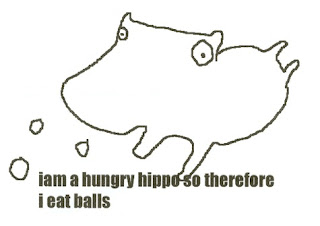 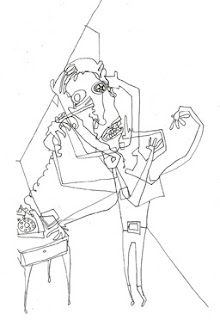 stressed man on the phone, no relation to the spider, the arms represent all the actions he could possibly be doing 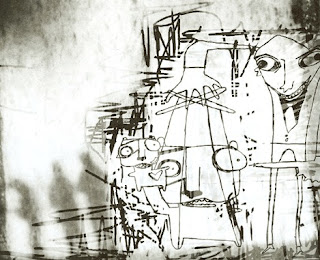 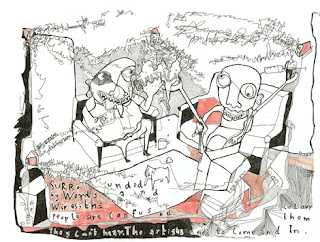 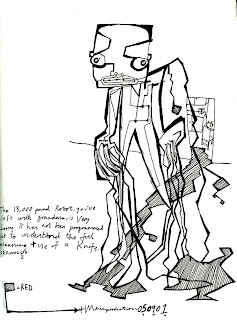 the robot who looks after your grandma is very sorry, it was not programmed properly 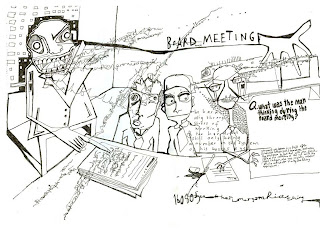 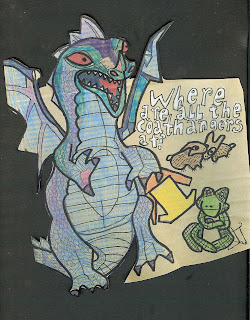 where are all the coat hangers at?